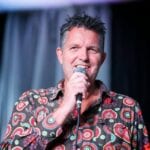 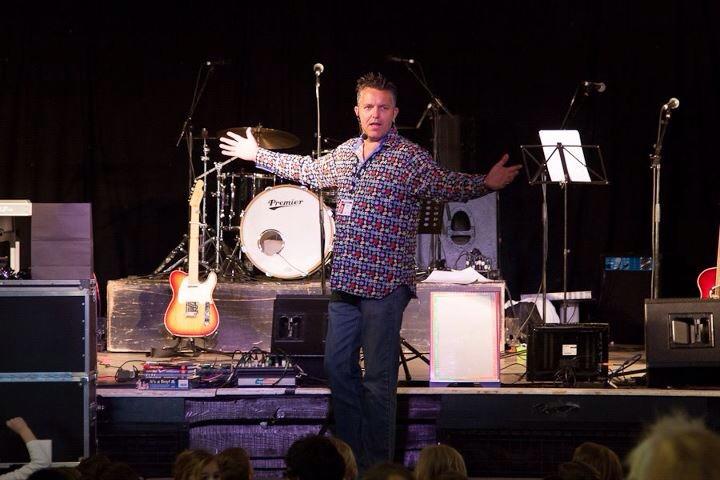 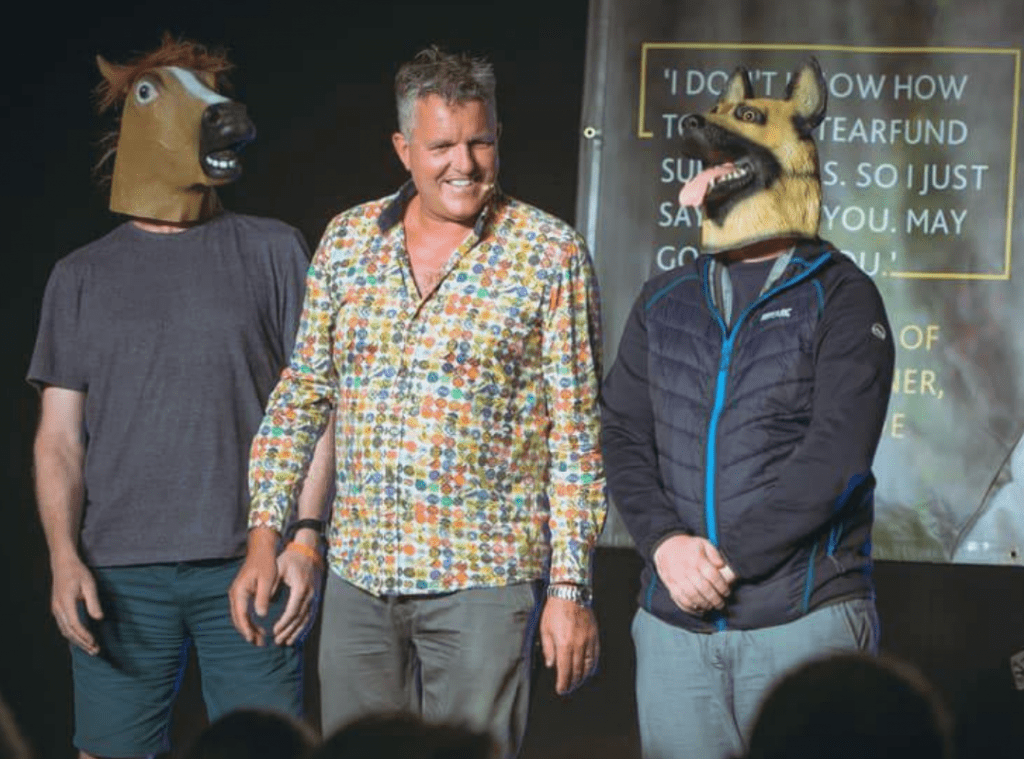 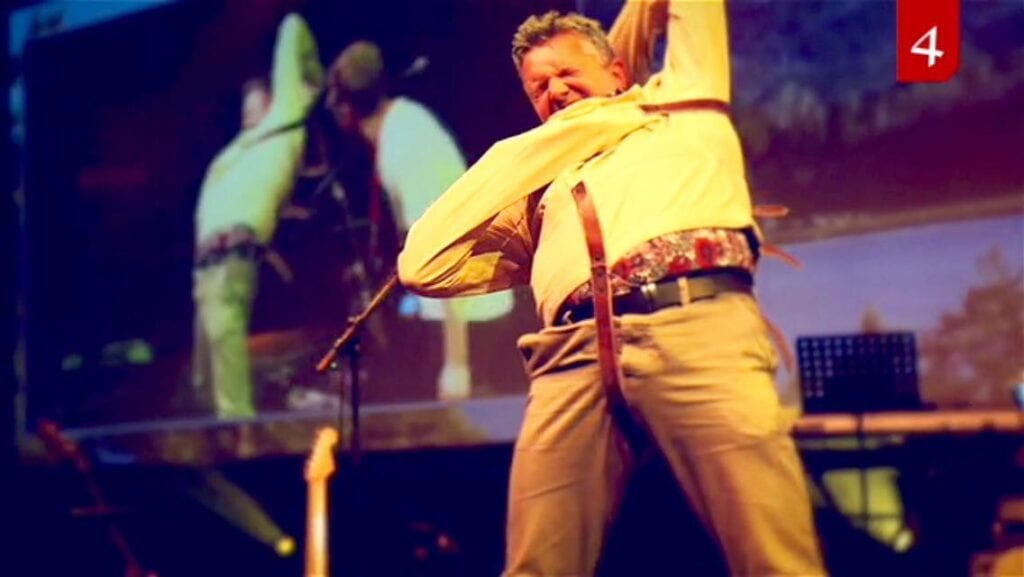 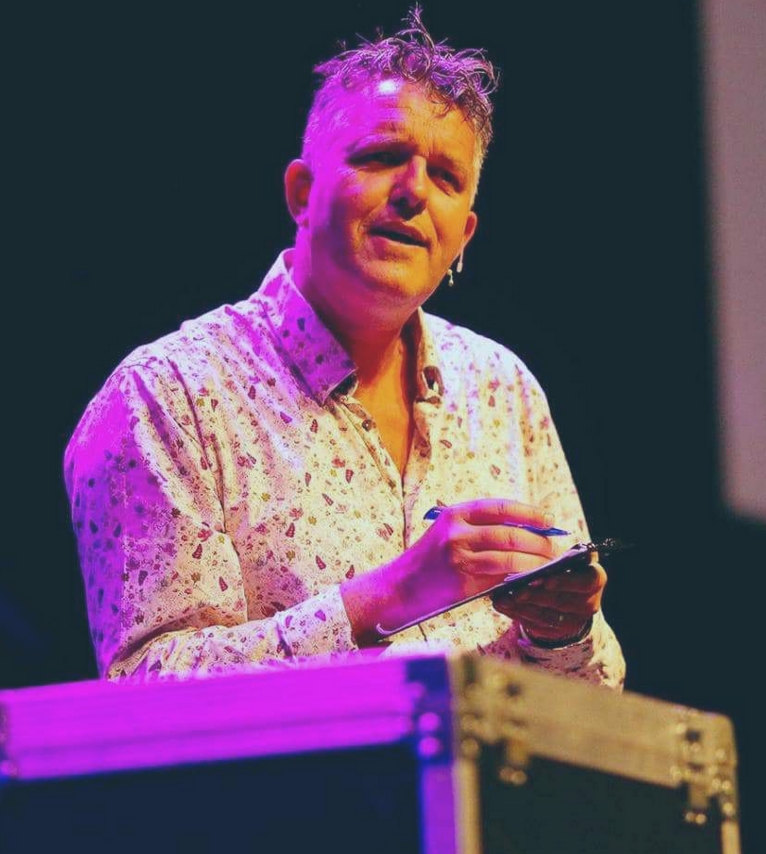 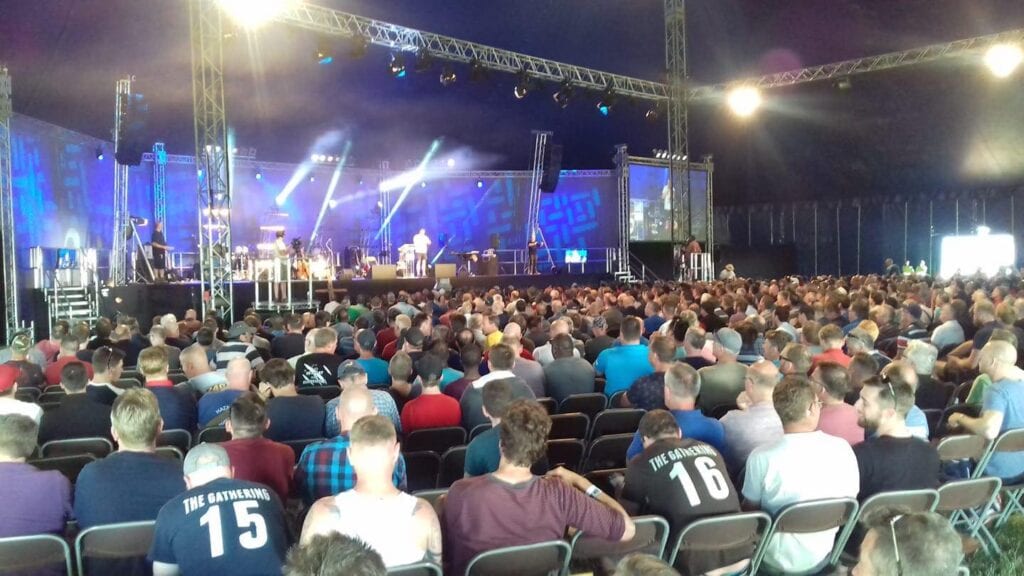 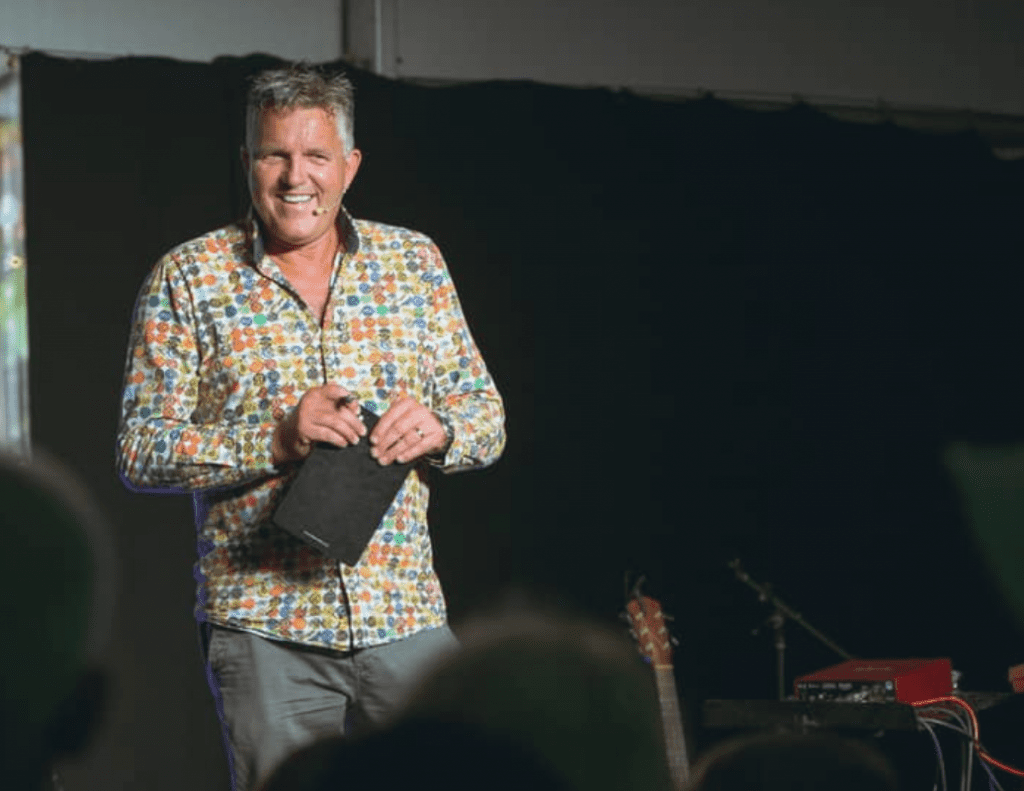 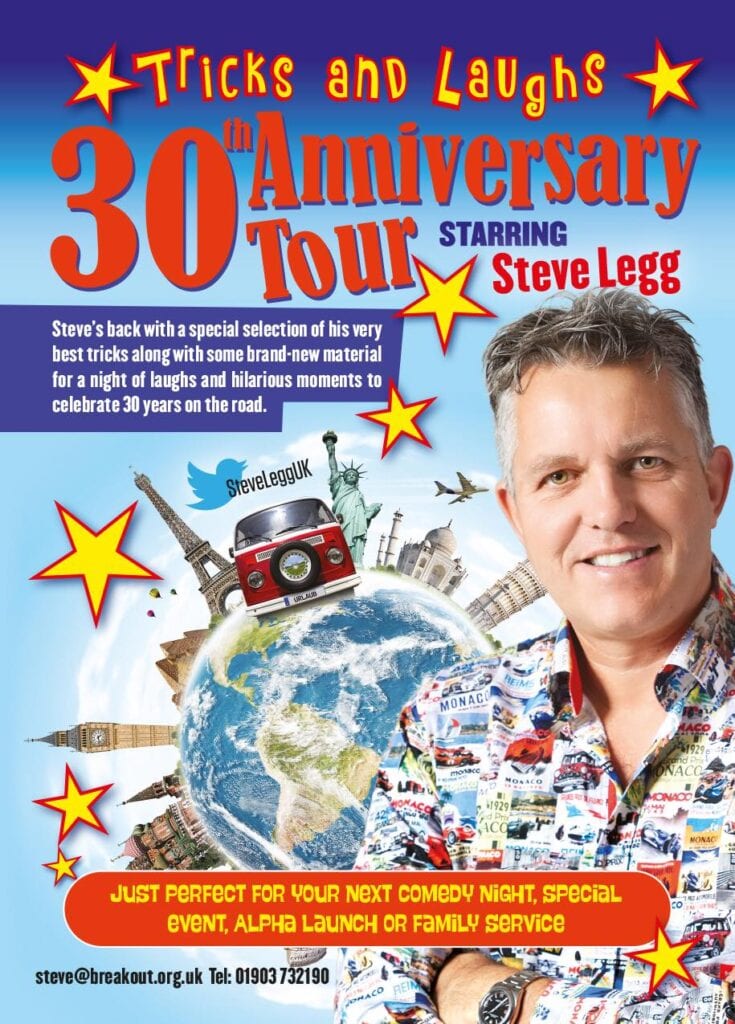 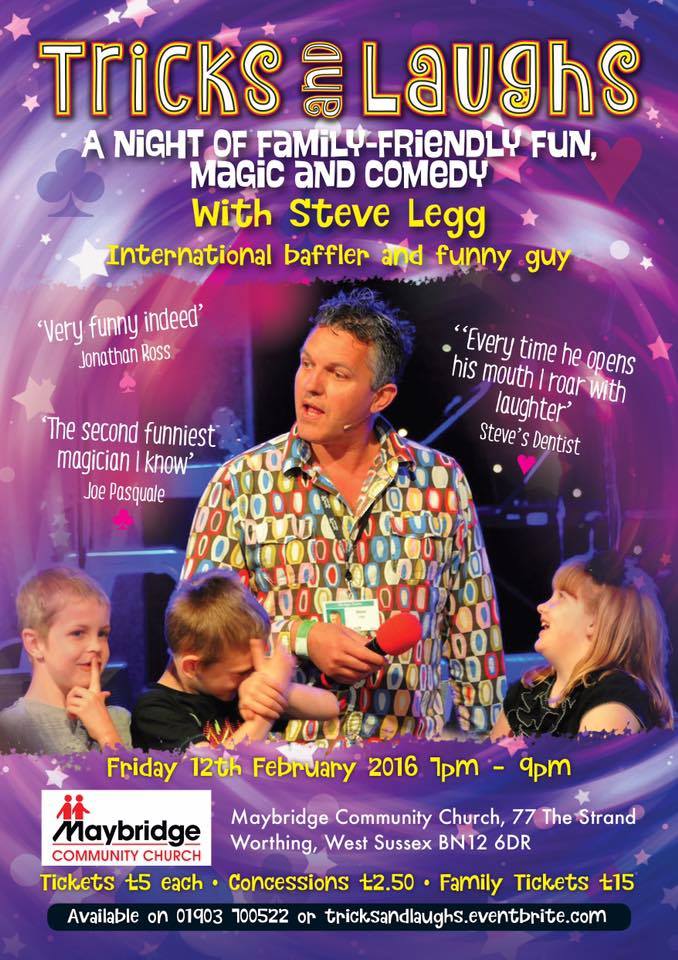 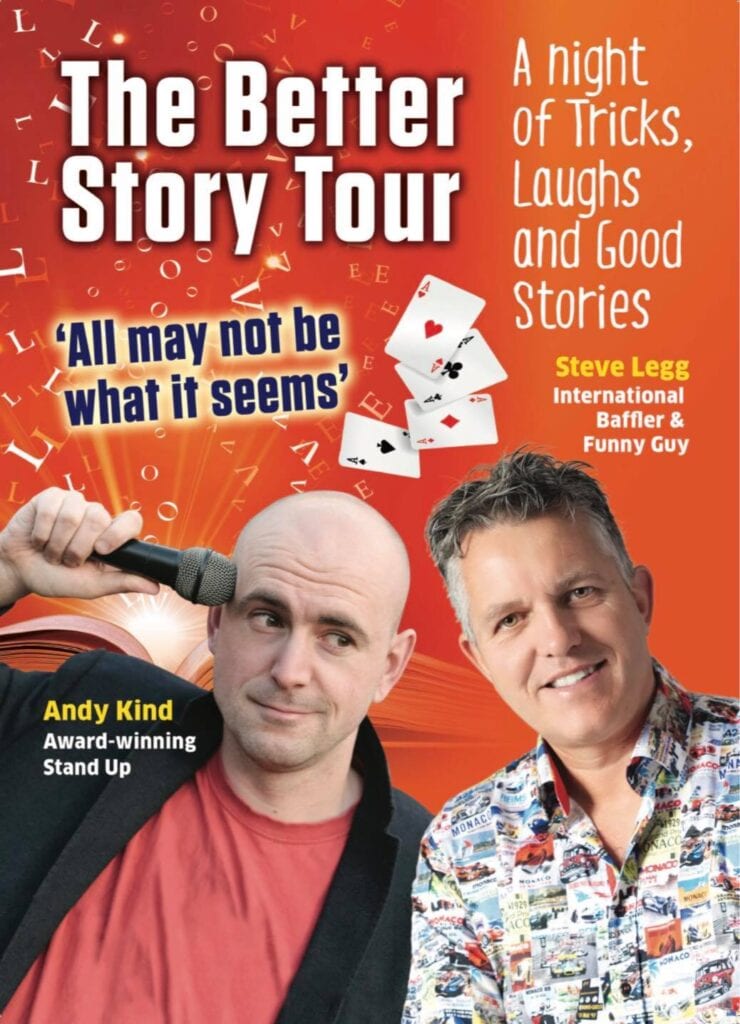 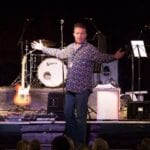 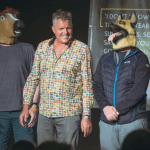 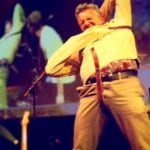 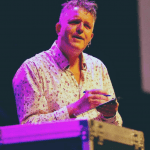 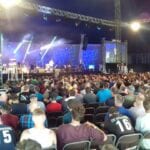 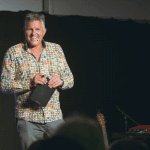 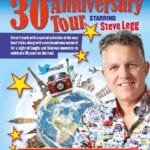 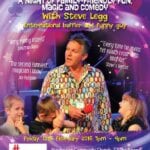 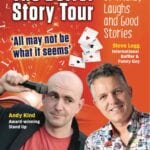 Steve Legg… The Name to Conjure With

His magic has taken him to five continents working at the most prestigious of venues, including in the UK, Birmingham’s National Indoor Arena, Wembley Conference Centre, London’s Royal Albert Hall, Odyssey in Belfast and Manchester’s Apollo Theatre often alongside top names in entertainment.

Whether it’s Cabaret, Alpha Launch, Comedy Night or Special Guest Event, Steve Legg can conjure up something special for any event.

Steve Legg first hit the road with his unique and funny blend of daring escapology way back in 1988.

Over three decades later, these days the accent is very much on comedy and magic and this unique blend means Steve travels the length and breadth of the UK, as well as internationally.

Numerous television and radio appearances have followed including appearances on How 2, After The News, Meridian Tonight, The Big Breakfast, The Mag, The Disney Club, Tellyphonin’, The Warehouse, Mark and Lard’s Chat Show and Steve has even performed magic on Radio 2 and Radio 5 Live.

Steve’s dazzling magic and ready wit readily enhance all occasions. From the biggest auditorium to the smallest TV screen, Steve has the act to suit and enthral all ages.

If it’s a stand-up performer you’re after then Steve’s definitely your man. With years of experience behind him, he has a stand-up show to suit every occasion that is perfect for all ages.

The accent is very much on comedy and audience participation. You’ll find the laughs come thick and fast – and just when you least expect it, he hits you between the eyes with yet another magical miracle.

Using a daft and unique blend of side-splitting comedy and sleight of hand Steve manages to combine silly props, audience involvement and baffling world-class tricks to give a unique entertainment experience.

A bottle of tomato ketchup disappears right under your nose. A shuffled deck is thrown around the audience to have several cards merely thought of. Steve correctly names the chosen cards.

Then there’s the amazing mind-reading. A spectator chooses any word, from anywhere in a selected and examined book. That’s right, you’ve guessed it, Steve correctly identifies the word.

All this and much, much more.

Steve is also the founder and editor of Sorted Magazine