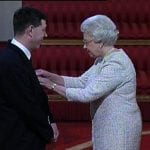 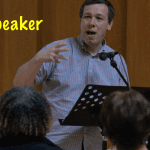 Paul Blakey MBE – Paul is based in Halifax, West Yorkshire in the United Kingdom. Paul was awarded the MBE (Most Excellent Member of the British Empire) by Her Majesty the Queen in the 2010 New Years Honours for ‘his contribution to community safety in Calderdale’.

Paul is an International Speaker and Communicator who has spoken to over 45,000 people over the last decade. He regularly shares the story of Street Angels, Club Angels and Festival Angels to ladies groups, church groups, after-dinner, Rotary clubs, etc and is also able to deliver motivational talks within a church setting or within a workshop context. As a keynote speaker Paul will use experiences as the founder of an international charity to motivate, challenge, entertain and inform.

​Paul is also able to deliver talks online via Zoom including Q&A.

​Paul is also available to help church, community groups and local statutory agencies to explore new ways of meeting local needs. ​Paul is a popular preacher within church settings and at events sharing the message of Jesus and the Christian faith.

Paul is someone who believes that faith needs to be bringing about positive change. He is the founder / co-founder of: Street Angels; Love Your Streets #Do1NiceThing; #FaithAndPoliceTogether; the4Ps; and Jesus Loves Yorkshire.

Paul had the vision for what became Street Angels which started in Halifax in November 2005. Street Angels, with the help of an amazing team of volunteers, has made a massive difference in Halifax and over one hundred and thirty towns and cities across the UK and beyond. Street Angels has contributed to a reduction in violent crime and sexual assaults in many of the towns where the scheme operates and has contributed to a national annual reduction in alcohol related violence and A&E admissions.
​
Paul set up Love Your Streets and #Do1NiceThing as a way of promoting community social action.  Paul is one of those involved in Festival Angels who work at Big Church Day Out, Boardmasters, Kendal Calling, Leeds and other festivals so spends a lot of summers in a field heading up detached teams! In 2017 Paul co-founded #FaithAndPoliceTogether a way of celebrating, promoting and encouraging faith communities to work with the police on policing priorities – this launch event was held in the Houses of Parliament.  Paul has a heart to seek the peace and prosperity of places and to support and encourage others in this and set up the4Ps as a vehicle to promote Praying for the Peace and Prosperity of Places. Paul is involved in the Jesus Loves Yorkshire, a trendy marketing campaign which plans to help churches across Yorkshire share this amazing message around the Tour de Yorkshire events. ​Paul is chair of trustees of Christians in Calderdale Schools (CICS), an Associate for Faith In Society and a Trustee for ROC (Redeeming Our Communities).

Paul loves to work with church communities and others towards seeing community transformation and is a pioneer and visionary who sees fresh ways of working towards demonstrating the Kingdom of God as a reality for people and society – contact Paul for an informal chat.

Paul has an interest in the media and sees that as Christians we should be making the news not just watching the news! He features regularly on BBC, Premier Radio, UCB and has a portfolio of TV, radio and newspaper interviews.

Paul is regularly found on social media and can deliver training and support to help organisations and businesses to get the most from this.

Paul has hosted interviews on behalf of his church “Coffee and Chat” and chats around the peace and prosperity of places for the4Ps. Paul regularly posts videos on a wide variety of subjects on Facebook and YouTube.

Paul is an author and has written the book “Street Angels – the amazing story from binge to better” which has sold over 3500 copies. Paul has also written articles for various magazines and publications.

Paul is one of thirty three assessors for the Queen’s Award for Voluntary Services.